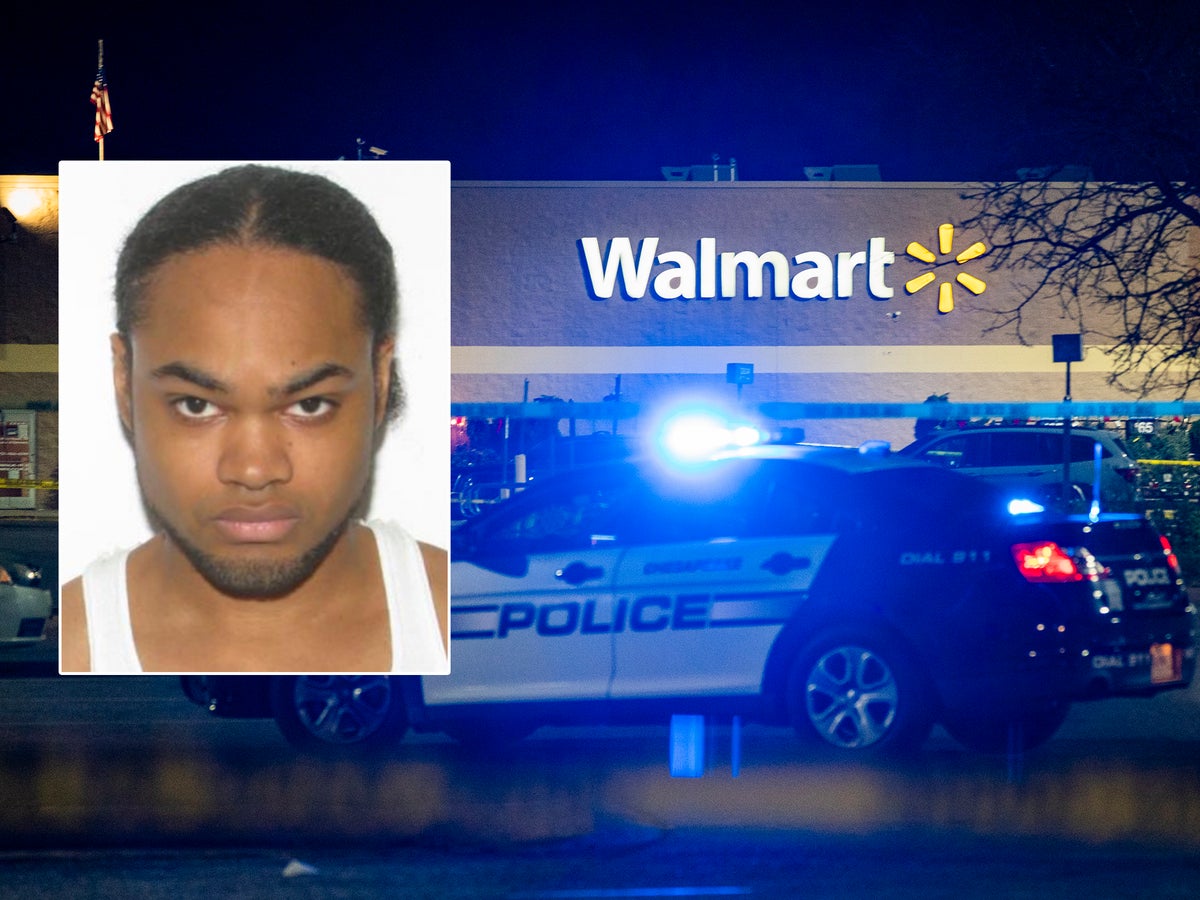 A chilling “death note” was recovered from a phone belonging to the suspected gunman who killed six people inside a Virginia Walmart store days before the Thanksgiving holiday.

In the alleged document released by Chesapeake officials on Friday morning, Andre Bing says he was “harassed by idiots” who compared him to the cannibal serial killer Jeffrey Dahmer.

The note includes his apologies to God and lambasts coworkers he believes bullied and betrayed him.

Police also reported that the 9mm handgun firearm used in the attack was purchased from a local store on the morning of 22 November, hours before he fatally shot six colleagues and turned the gun on himself.

Witnesses have described how the horrifying events unfolded in the employee break room as investigators continue to piece together a motive.

President Joe Biden said the shooting, as well as the massacre inside a Colorado Springs LGBT+ club over the weekend, have underscored the need to outlaw “sick” assault weapons like the AR-style rifle used in that attack.

A printed list of names of employees, their shift hours, their departments and their work duties was discovered in the trash outside the gunman’s home on Thursday, reported Dailymail.com.

The list included the names of some of the victims circled in pen, including 22-year-old Tyneka Johnson who died in the massacre.

The list was reportedly turned over to authorities who have not commented on the finding.

The Independent has reached out to the Chesapeake officials for comment.

Rachel Sharp has the story:

Virginia governor Glenn Youngkin said in the wake of the mass shootings that his administration is planning to propose legislation to the General Assembly to bolster mental health resources.

“We know that we have been in a mental health crisis and there are some very immediate actions that we need to take.”

Fernando Chavez Jr, 16, known to family and friends as Fernando Jesus Chavez was the youngest victim killed in the Chesapeake massacre.

A crowd gathered at the Sam’s Circle Walmart on Thursday to pay tribute to the teenager who family and friends described as “humble and intelligent”.

“Fernando was such a nice kid, he would say hi to anybody,” said Joshua Trejo, 17, a friend since middle school. He added that he and Fernando were looking forward to working together at a new job, reported the Virginian Pilot newspaper.

He was quoted as saying that he had texted Chavez several times before he heard from his friend’s brother that he had been killed.

The Independent has the story:

The fatal victims of the Walmart massacre in Virginia

Six employees were killed in the attack on the Chesapeake, Virginia, branch of Walmart on 22 November 2022.

Night shift team leader Andre Bing walked into the break room where 14 employees were meeting shortly after 10pm and opened fire with a pistol. He then turned the gun on himself.

At least six other surviving victims were taken to local hospitals for further treatment, with two still hospitalised as of Friday.

The Independent’s Oliver O’Connell has the story:

One former employee who worked under him but left the store six months ago, said: “I never saw this coming, not from a million miles away.”

“He was always a little eccentric, a little hyper, but pretty much easygoing, carefree. Sometimes he could be a little hard to get along with, some associates didn’t like him. But I don’t think they bullied him.”

The man told WAVY-TV he did not suspect Bing suffered from any specific kind of anger problems.

“I mean, from what I saw, he was a good guy, but I’ve heard that he had issues, and they tried to talk him through his issues,” he said.

Officials in that state have come under scrutiny over that state’s so-called “red flag” provisions that allow families and law enforcement agencies to petition a judge to remove firearms from people believe to be dangers to themselves and others.

President Joe Biden has called on Congress several times this week to renew a federal ban on assault weapons like the AR-style rifle used in the Colorado attack and in several high-profile mass shootings that have killed dozens.

The weapon used by the Virginia gunman was a 9mm handgun.

Chesapeake Police said in a statement on Friday that the gunman used a 9mm gun in the killings.

The weapon was legally purchased from an unspecified local store on the morning of the rampage on 22 November.

Bing had no criminal history, police said. A box of ammunition, the gun’s receipt and paperwork were found at his home.

Several of Bing’s colleagues at the store in Chesapeake, Virginia, have spoken out to reveal that he had a lot of “issues” with other staff members and had displayed threatening behaviour in the run-up to the shooting.

Joshua Johnson, a former Walmart employee who worked as a maintenance worker at the store until 2019, said that the 31-year-old had given a harrowing warning about what he could do if he ever lost his job.

“He said if he ever got fired from his job he would retaliate and people would remember who he was,” Mr Johnson told CNN.

The Independent’s Rachel Sharp has more:

On 3 August 2019, a 21-year-old white nationalist drove 650 miles to a Walmart in El Paso, Texas to stop what he called the “Hispanic invasion” in his alleged manifesto.

Following the El Paso shooting, Walmart officials urged Congress and then-President Donald Trump to strengthen federal background checks and resume debate on reinstating a federal ban on assault weapons like AR-15-style rifles, which had expired in 2004.

“As we’ve seen before, these horrific events occur and then the spotlight fades,” Walmart’s chief executive Doug McMillon said in a statement at the time. “We should not allow that to happen. Congress and the administration should act.”

The retailer also happens to sell firearms at many of its locations – putting the company at the centre of debate over both gun ownership and regular American violence.

The Independent’s Alex Woodward has more:

A makeshift memorial to Tyneka Johnson was placed in a grassy area outside the Walmart, with the words “Our Hearts are with you” and a basket of flowers on Wednesday morning.

The remembrance included a cluster of blue, white and gold balloons tied to a tree, alongside a stark yellow line of police tape.

One relative confirmed her death to 7NewsDC on Wednesday, describing her as “the nicest person, who never bothered anyone”.