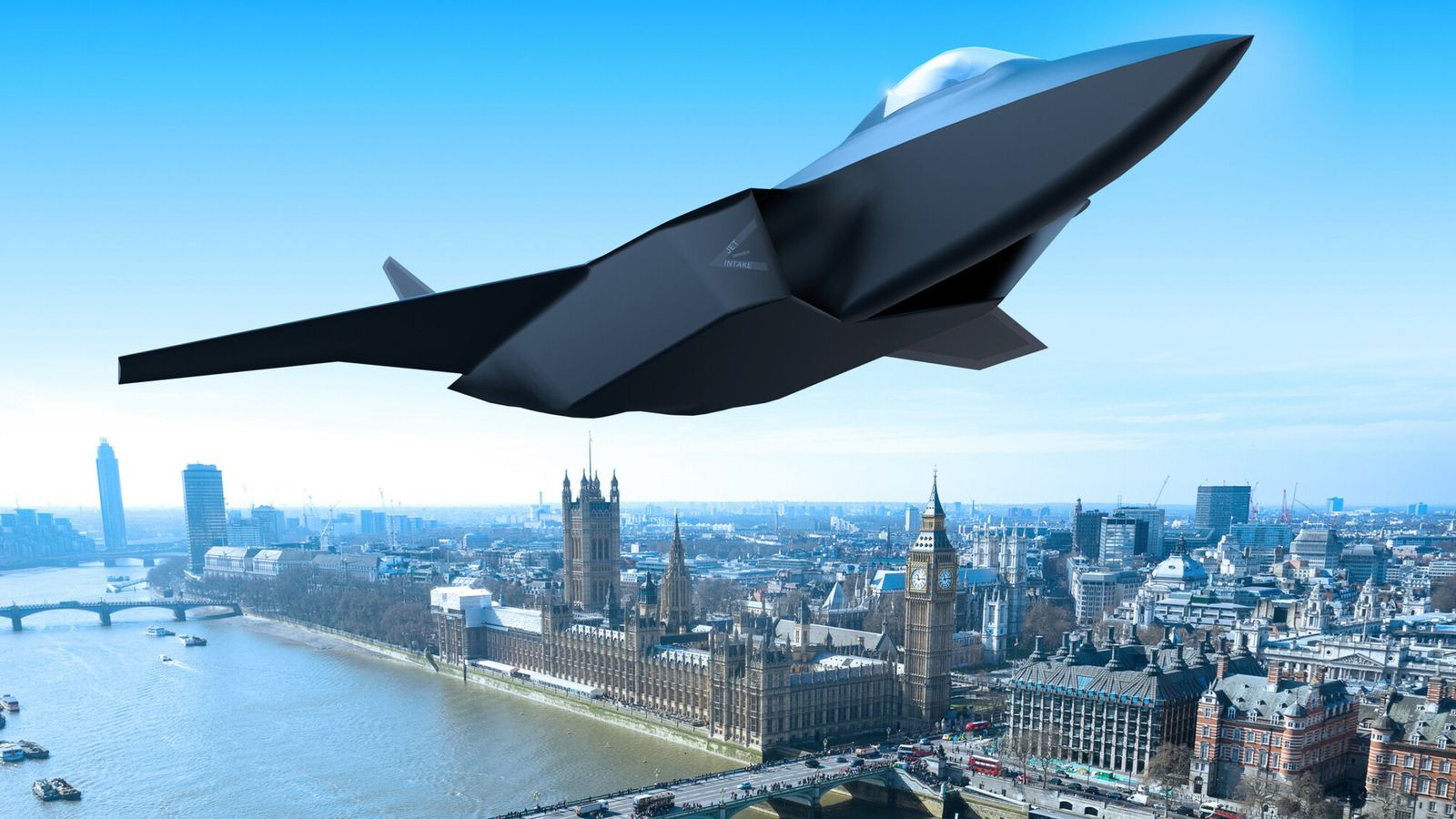 The UK is joining forces with Italy and Japan to develop a next-generation fighter jet that uses artificial intelligence for future combat.

The Global Combat Air Programme (GCAP) is a new partnership between the three countries and should lead to the creation of hundreds of high-skills jobs in the UK over the next 10 years.

Prime Minister Rishi Sunak will today launch the first phase of the collaboration on a visit to RAF Coningsby in Lincolnshire, where he will view Typhoon aircraft which have been the workhorse of the nation’s air capability for the last two decades.

The ambition is for the provisionally named Tempest, which will replace the Typhoon, to be a next-generation jet that will be operational by 2035 – enhanced by capabilities such as fully autonomous control, advanced sensors, cutting-edge weapons and innovative data systems.

Gesture control and eye-tracking technologies will be able to measure the pilot’s workload – identifying fatigue and mental stress. In-built artificial intelligence will allow the aircraft to remain in combat should the pilot lose consciousness.

The cockpit will have no dials, and the jet’s advanced stealth technology will make it almost invisible to radar.

Auditors PricewaterhouseCoopers suggested last year that taking a leading role in developing such an aircraft could support 21,000 jobs a year and contribute £26.2bn to the economy by 2050.

It is hoped that allied countries may buy into GCAP in due course or collaborate on wider capabilities. Combat aircraft developed through the partnership would likely be compatible with other NATO partners’ fighters.

The prime minister will say: “The security of the United Kingdom, both today and for future generations, will always be of paramount importance to this government. That’s why we need to stay at the cutting-edge of advancements in defence technology – outpacing and out-manoeuvring those who seek to do us harm.

“The international partnership we have announced today with Italy and Japan aims to do just that, underlining that the security of the Euro-Atlantic and Indo-Pacific regions are indivisible.

“The next-generation of combat aircraft we design will protect us and our allies around the world by harnessing the strength of our world-beating defence industry – creating jobs while saving lives.”

Defence Secretary Ben Wallace will say: “This international partnership with Italy and Japan to create and design the next-generation of Combat Aircraft, represents the best collaboration of cutting edge defence technology and expertise shared across our nations, providing highly skilled jobs across the sector and long-term security for Britain and our allies.”

Last week the US armed forces launched the B-21 Raider, its latest nuclear stealth bomber and the first new aircraft of its type for three decades.

GCAP is the latest example of British defence cooperation with international allies, alongside the AUKUS partnership with the US to build nuclear submarines for Australia and NATO.

The UK defence industry is a world leader in advanced aerospace engineering, with BAE Systems pioneering the use of advanced 3D printing and autonomous robotics in military aircraft at their ‘factory of the future’ in Lancashire.