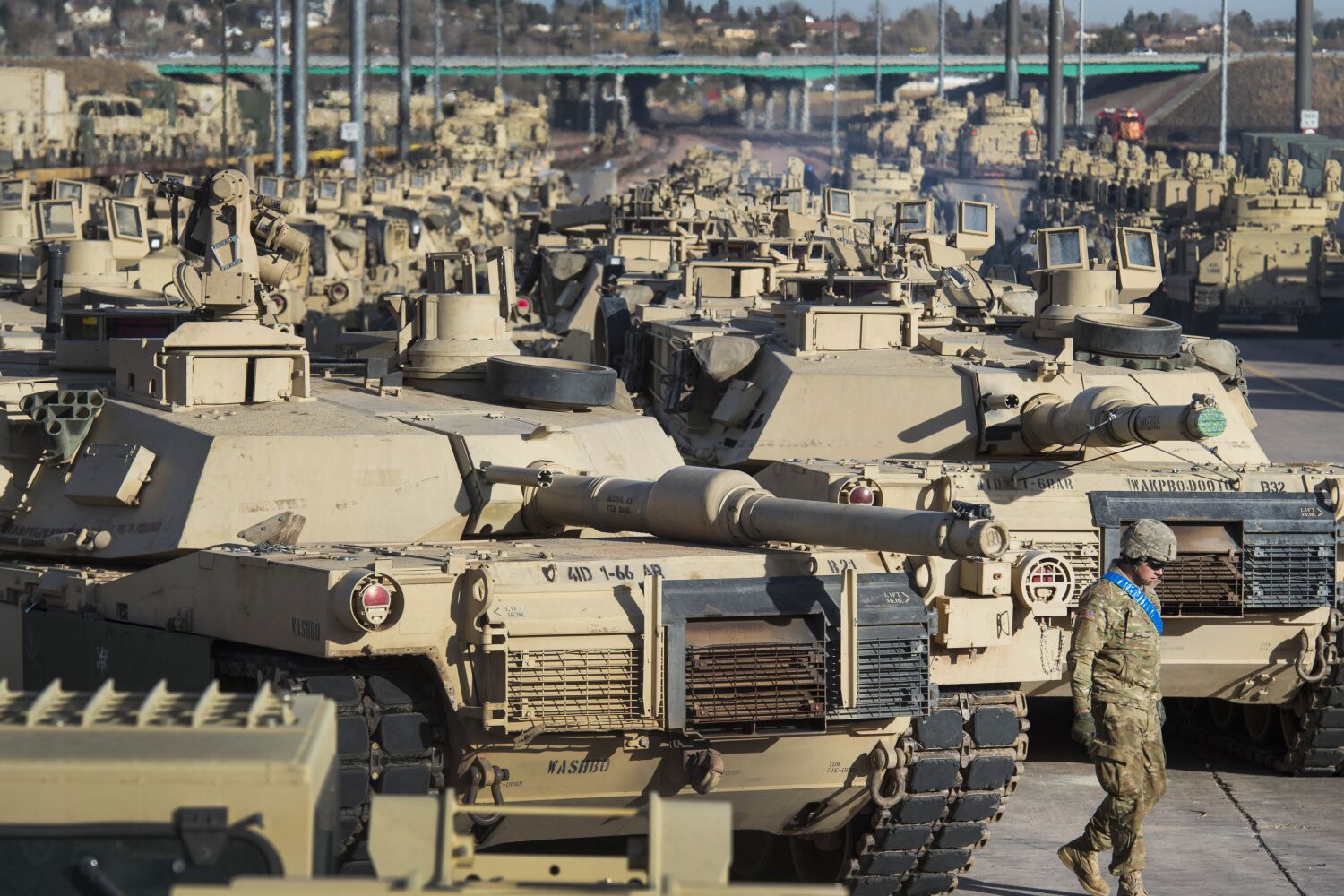 Putting aside resistance from the Pentagon and elsewhere, the Biden administration is planning to announce a decision to send Abrams M-1 tanks to Ukraine, officials said Tuesday.

The tanks, long sought by Ukrainian President Volodymyr Zelensky, would provide the heaviest weaponry yet among the billions of dollars in military aid Washington has sent to Ukraine to help repel a brutal Russian invasion.

But given the sophistication, complexity and firepower of the tanks, it could be months or even more than a year before they reach the battlefield and Ukrainian fighters are trained to use the equipment.

Pentagon spokesman Brig. Gen. Pat Ryder, in a nod to objections from Defense Department officials, said the Abrams tank was a major asset in combat, but not one that is easy to operate.

“And so, like anything that we’re providing to Ukraine, we want to ensure that they have the ability to maintain it, sustain it, to train on it.”

He emphasized he was not announcing a decision to supply the tanks “at this time,” an official position repeated at the White House and State Department.

As recently as last week, Colin Kahl, the undersecretary for Defense policy, said the Pentagon was not prepared to send Abrams tanks to Ukraine, saying that in addition to the difficulty maneuvering them, the machines have gas-guzzling jet engines that are expensive to fuel.

Pentagon leadership, he told reporters, “has been very focused on … not providing the Ukrainians systems they can’t repair, they can’t sustain, and that they, over the long term, can’t afford, because it’s not helpful.”

But U.S. officials are also keen to send a political message to Germany, which has been reluctant to provide its own Leopard 2 battle tanks to Ukraine unless the U.S. also offers tanks.

Germany may be softening its position, born of decades of an official post-World War II position of pacifism. And Poland, for example, has Leopard tanks it would like to ship to Ukraine, but has sought permission from Germany to do so.

In recent days, however, Poland has suggested it would send the tanks with or without German authorization. German Foreign Minister Annalena Baerbock said Sunday that her country would no longer object.

The Leopard pales in comparison to the Abrams, U.S. officials say, but would be easier to operate initially on European terrain, where it has long-term experience.

Secretary of State Antony J. Blinken, whose aides say has been deeply involved in finding ways to boost Ukraine, met early Tuesday with representatives of the Group of Seven of the world’s most advanced economies to discuss Russian destruction of Ukraine’s electrical grid, heating, water and other energy sources.

They did not publicly mention tanks or other weapons, and State Department spokesman Ned Price declined to confirm a decision on the Abrams.

“Needless to say, this is an ongoing conversation, and it is a conversation that allows us to be responsive to the needs of our Ukrainian partners,” Price said in a briefing with reporters when asked if a decision had been made.

He said that the amount of military aid provided by the U.S. and Europe since Russia invaded nearly a year ago was “staggering.” The Pentagon and other countries’ defense operations have gradually ratcheted up the kind of weapons sent, from shoulder-fired antitank javelin missiles to, most recently, the sophisticated Patriot air defense system.

But tanks were a new line to cross, with some U.S. officials worried at the sight — if the Ukrainians were ill-prepared — of destroyed and disabled Abrams crippled in the battlefield and being hauled away by the Russians. And other officials predicted, accurately, that Moscow would be furious at what it would label another “escalation” by the West.

Yet they have also been confronted by increasingly dire conditions in Ukraine, where Russian forces have bombarded apartment complexes and civilian infrastructure as a winter freeze settles in.

In another development in Ukraine on Tuesday, at least nine senior government officials, including a deputy defense minister, were fired or forced to resign as part of a corruption scandal. Zelensky was elected in 2019 in a landslide on pledges to eradicate rampant corruption that has long plagued Ukraine.

Some of the allegations have to do with mishandled wartime supplies, Ukrainian officials said, but U.S. officials said they were not yet aware of specific malfeasance involving U.S.-sourced material.

Corruption has had a sometimes curious role in Ukrainian history. When he was vice president, Biden pressured the Ukrainian government to fire a prosecutor whom the European Union accused of refusing to investigate corruption cases. Later, then-President Trump and his associates accused the Zelensky government of widespread corruption when it refused to help him dig up dirt on the Biden family

Currently, some Republican members of Congress, along with several Democrats, have demanded better accountability and transparency with U.S. aid to Ukraine. The Pentagon has insisted that checks and controls are already in place.