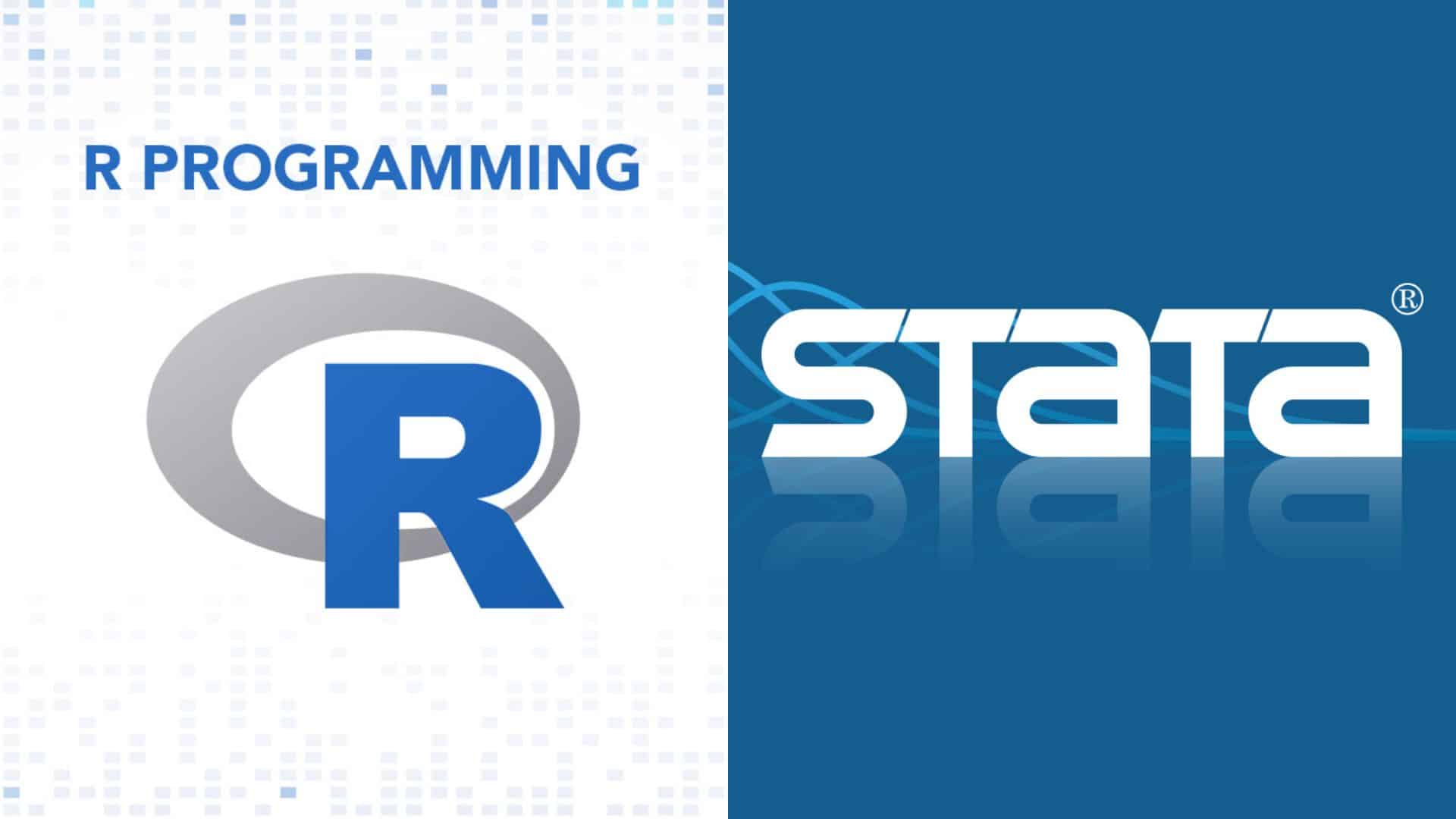 Data science is a burgeoning field of technology that combines computer science with statistics and linear algebra. There are certain tools and languages that are plainly better than others when it comes to dealing with data science projects. Be it scraping data from databases, analyzing large amounts of data for patterns, or applying the rules of statistics to create data visualizations there are tools that data science professionals prefer. R and Stata are two such languages and in this post, we are going to compare them from the perspective of a data science professional.

Let us start by introducing ourselves to the languages.

R programming language was developed at Auckland University. It derives its name from the initials of its creators R Ihala and Robert Gentleman. It was designed as a language for statistical computation and released for public use in the year 1995, ten years after its development.

Currently, 41% of data professionals use R to some degree or capacity. It offers a wide range of libraries for statistical computing. It is easy to integrate with other languages and comes with a bunch of visualization features that are very useful.

Stata does not have a user base like R, Python, or SQL. It comes in the list of honorable mentions when we talk about data science languages. But, since it shares a lot of features with R and there is a buzz around this becoming a go-to language for a lot of data professionals and statisticians, this Stata vs. R comparison becomes necessary.

Also Read – Does Walmart Have Apple Pay: All Questions Answered

Applications of R and Stata

We’ve already done a surface-level comparison between R and Stata. Let us look at some applications of both tools to seal the idea.

R is primarily used for descriptive data analysis. You can use it to measure variability, skewness, and central tendency.

It is a great tool for data exploration and visualization. The ggplot2 library in R is considered to be one of the best data visualization libraries.

You can use R for hypothesis testing which is a necessary procedure for evaluating statistical models.

Moreover, R’s capabilities exceed descriptive analysis and extend into the field of predictive analytics. You can use R to create predictive models and train machine learning algorithms.

The features you can access through the interface are

It has a number of features accessible through command lines, developers can take advantage of these features.

It allows you to create an advanced graphical representation of data and makes it easy to draw insights from large datasets. And it supports a range of media formats and lets you edit graphs created with other tools.

Also Read – Is It Worth Developing Software In Python In 2022?

These tools have some common ground in the data visualization space but there too, the applications differ. In fact, both tools are meant for different kinds of users.

R is a great tool for data analysts and machine learning engineers who like to play with code. Stata is more suited for statisticians who do not like to get their hands dirty with programming.