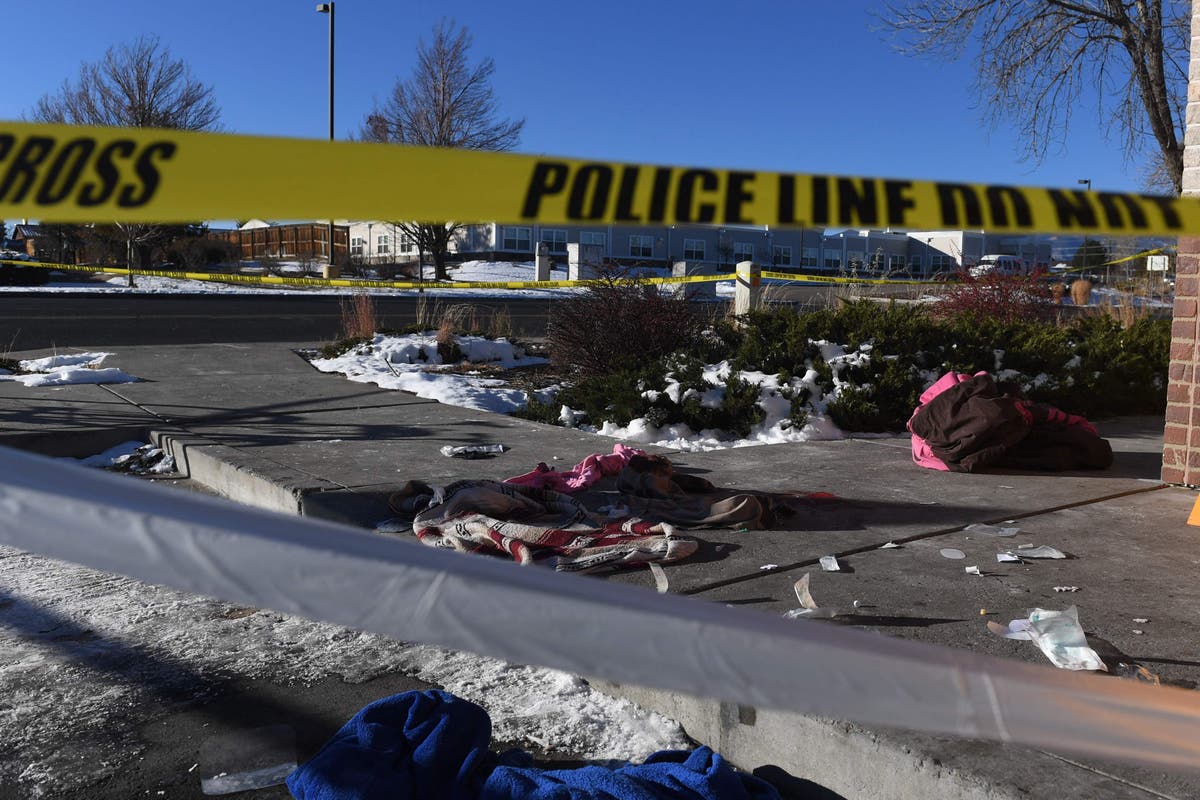 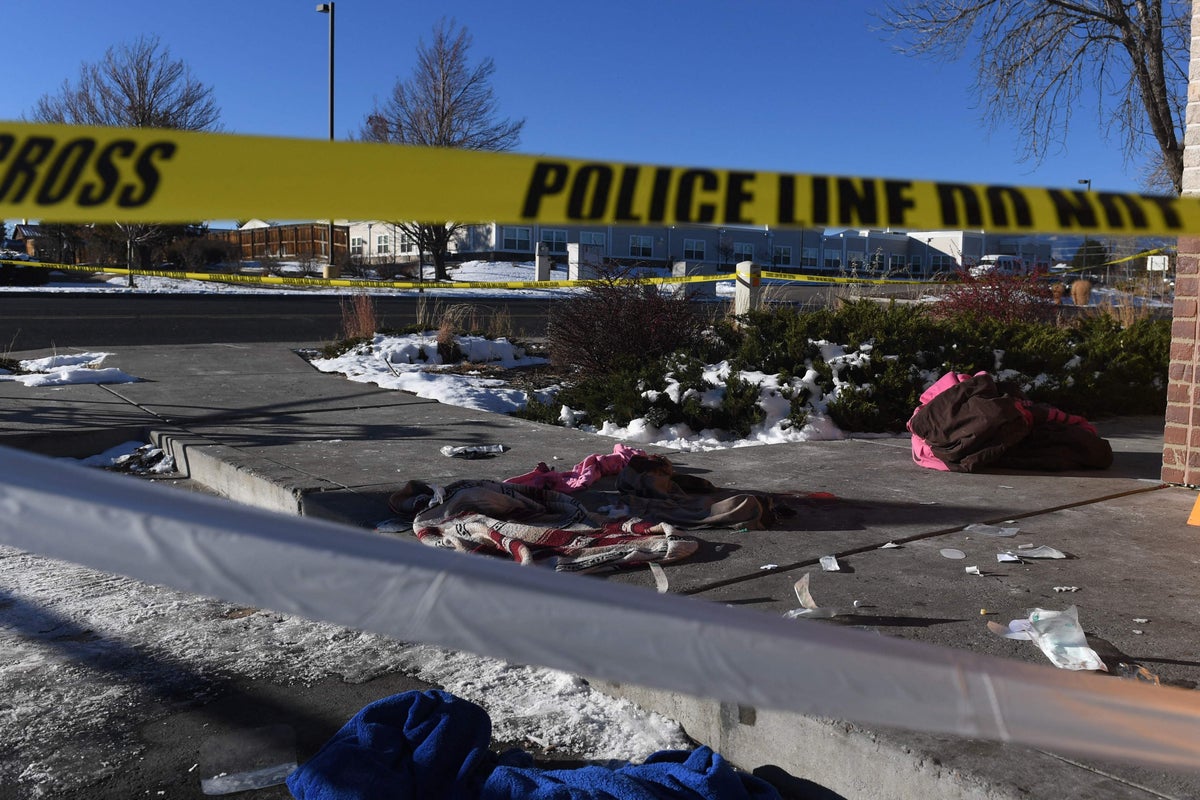 A 22-year-old killed five people and injured 18 others during a mass shooting inside a LGBT+ nightclub in Colorado Springs on Saturday.

The attack has devastated Club Q, which has operated as safe haven for the city’s LGBT+ community since it opened 21 years ago.

“Our [prayers] and thoughts are with all the victims and their families and friends,” according to a post on the club’s Facebook page. “We thank the quick reactions of heroic customers that subdued the gunman and ended this hate attack.”

Aldrich, who claims to be non-binary and uses they/them pronouns, allegedly used an AR-15-style rifle when they “immediately began shooting” on entering the club, according to Colorado Springs chief Adrian Vasquez, speaking at a news conference on Sunday morning.

Drag performer Del Lusional hosted a punk and alternative show scheduled for 9pm,to be followed by a DJ and dancing from 11pm until the early morning hours.

“I was walking backstage when I heard the gunshots. I only saw the after math and even then, I didn’t wanna look,” Del Lusional wrote in a post on Twitter.

In another post, the performer said: “I never thought this would happen to me and my bar. I don’t know what to do with myself. I can’t stop hearing the shots.”

At least two “heroic people inside the club confronted and fought with the suspect,” according to Mr Vasquez.

A former Army captain was has been named a hero for his actions.

Richard Fierro, 45, grabbed the gunman from behind by their body armour and pulled the suspect to the ground.

His daughter’s boyfriend, 22-year-old Raymond Green Vance, was one of the five killed in the attack.

“One of the victims had gotten shot seven times and ran over here … trying to get some help,” he said. “He collapsed. That’s why that caution tape is out in the front there.”

One victim ran from the scene to a nearby 7-Eleven and collapsed, according to a witness who spoke with Colorado Public Radio.

Officers arrived on the scene at midnight and a suspect was taken into custody at 12.02am.

Joshua Thurman told reporters on Sunday morning that he was on the dance floor “and heard about four or five shots” and kept dancing, believing the sounds were coming from the music.

“Then I heard more shots and saw the flash from the muzzle of the gun, and ran to the back, to a dressing room. I was with another customer, and we just locked the door and laid down on the floor,” he said. “I was thinking, ‘I hope I make it out alive.’”

He told local broadcaster KRDO-TV that Club Q “is our only safe space here in the Springs.”

“What are we gonna do now? Where are we gonna go?” he said. “We can rebuild and come together. But what about those people that lost their lives for no reason?”

More than 30 firefighters and 11 ambulances responded to the scene, and ambulances transported three patients at a time to local hospitals.

Officials initially reported 25 people were injured in the attack. The city reduced the number of injured on 21 November, listing 17 injured by gunfire and another with other injuries. Another person was listed as a “victim with no visible injuries.”

The FBI is also assisting the Colorado Springs Police Department with the investigation.

Aldrich was arrested by El Paso County sheriff’s deputies last year after the suspect’s mother told police that Aldrich was “threatening to cause harm to her with a homemade bomb, multiple weapons and ammunition.”

Aldrich is the grandchild of a Republican state legislator who praised the Capitol riot, according to public records and social media posts seen by The Independent.

A person with the same name and age as the suspect is listed as having lived at the same address as 45-year-old Laura Voepel, who was identified by The New York Times as their mother.

Ms Voepel, in turn, is listed as a relative of California assemblyman Randy Voepel, 72, who said of the Capitol riot: “This is Lexington and Concord. First shots fired against tyranny.”

“Colorado stands with our LGBT+ community and everyone impacted by this tragedy as we mourn,” he wrote.

Club Q was scheduled to host an all-ages drag brunch in recognition of Transgender Day of Remembrance with a “variety of gender identities and performance styles” on Sunday.

The club also planned a “Friendsgiving Dinner” to provide free meals to people of all ages.

At least 300 transgender and gender non-conforming people in the US were killed within the last decade, according to a recent report from the Human Rights Campaign. Those deaths include 32 so far this year alone.

“Gun violence continues to have a devastating and particular impact on LGBTQI+ communities across our nation and threats of violence are increasing,” President Biden said in a statement on Sunday. “We must drive out the inequities that contribute to violence against LGBTQI+ people. We cannot and must not tolerate hate.”

The president has also renewed his call for Congress to ban high-powered firearms like those used in the attack.

Dozens of Republican-sponsored state-level bills have taken aim at young transgender people and their healthcare and participation in team sports. Other legislation has explicitly targeted drag shows, fuelled by a wave of politicised harassment at events like drag queen story hours and drag brunches.

Congressman David Cicilline, chair of the Congressional LGBTQ+ Equality Caucus, said that a “toxic combination of hate and access to guns in this country leads to deadly results.”

“We must honor the lives lost in this shooting and all LGBTQ+ lives lost due to violence with action – action to address the twin epidemics of hate and gun violence in this country,” he said in a statement.

The shooting evokes the massacre inside the 2016 Pulse nightclub in Orlando, Florida, in which a gunman killed 49 people and wounded 53, the deadliest attack on LGBT+ people in US history.

Colorado has been the site of several mass shootings, including the 1999 shooting in Columbine High School and the 2012 movie theatre shooting in Aurora, Colorado.