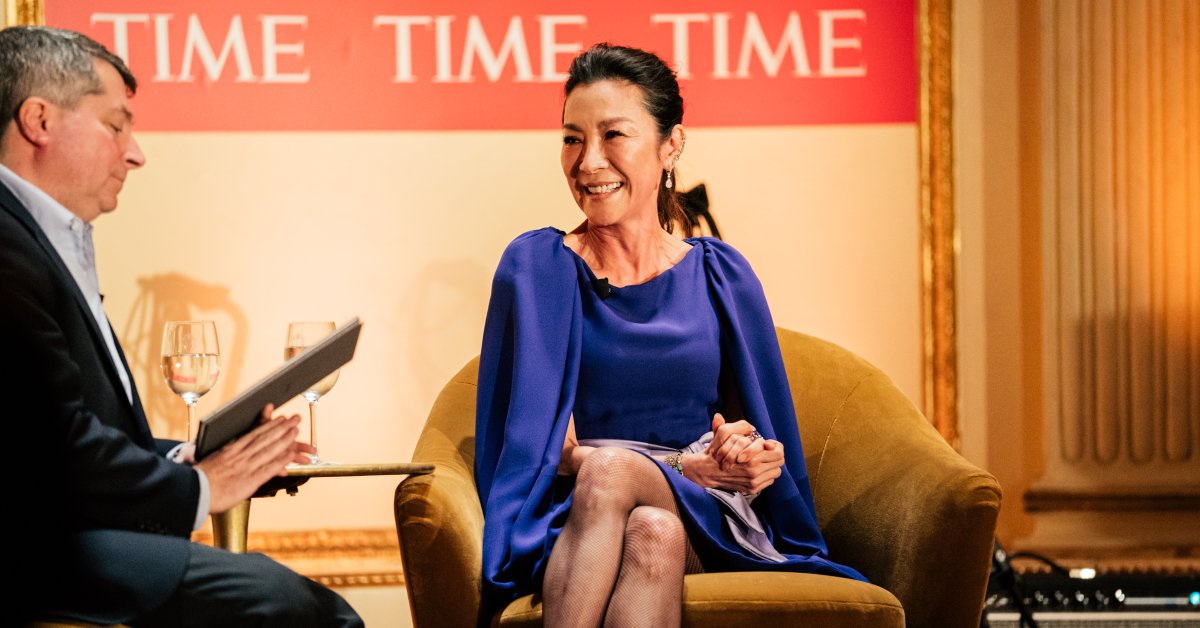 Before Michelle Yeoh became a celebrated Hollywood star, she was an action star in the rough-and-tumble world of Hong Kong action movies.

Those roles were incredibly physically demanding and could even be dangerous, she recalled Thursday at TIME’s 2022 Person of the Year reception in New York City. The experience taught her to take risks and not be afraid of failure. And she credits that for her success now.

“First you must fall before you learn to fly,” Yeoh told TIME Editor-in-Chief Edward Felsenthal. “I think that’s something that’s resonated throughout my life and my career.”

Yeoh was named TIME’s first Icon of the Year this week. Her four-decade career has a film reel that includes the iconic Crouching Tiger, Hidden Dragon, as well as Shang-Chi and the Legend of the Ten Rings. She’s taken on the role of actor, producer and writer, and most recently announced a part in Jon M. Chu’s “Wicked” musical, her first time taking on a singing role.

Her biggest Hollywood breakthrough, though, is the 2022 film Everything Everywhere All At Once. The 60-year-old performed most of her stunts in the action-filled movie, in which she portrayed an immigrant mother who is the only one that can save the multiverse.

“This is really unbelievable. I think when I started my career, people would never have thought a little girl from Malaysia [would] one day [be] here getting the Icon of the Year award,” Yeoh said. “Thank you for your love and care and embracing someone who’s very different from you, [and] comes from a different place. I think that’s what the world is all about today.”