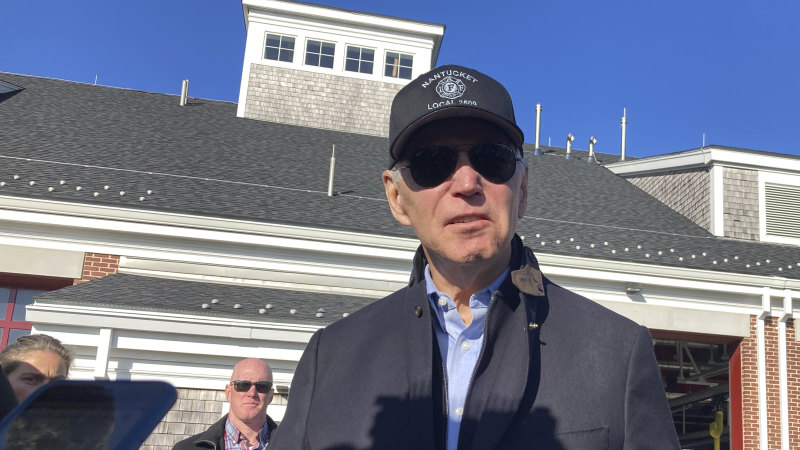 The Colorado Springs suspect is believed to have used a semiautomatic weapon similar to an AR-15, the Associated Press reported, citing a law enforcement official.

“The idea we still allow semiautomatic weapons to be purchased is sick, just sick. It has no social redeeming value, zero, none. Not a single solitary rationale for it except profit for the gun manufacturers,” Biden said Thursday.

Asked if he would push for an assault weapons ban in the lame-duck session of the current Congress, he said: “I’ve got to make that assessment and start counting votes.”

Just days after the Colorado Springs killing, a Walmart employee opened fire with a handgun in a Chesapeake, Virginia, store, killing six co-workers before taking his own life.

More than 600 shootings with multiple victims have occurred this year in the US, according to Gun Violence Archive.

Everytown for Gun Safety, which advocates gun-safety measures, is backed by Michael Bloomberg, founder and majority owner of Bloomberg LP.

Get a note directly from our foreign correspondents on what’s making headlines around the world. Sign up for the weekly What in the World newsletter here.