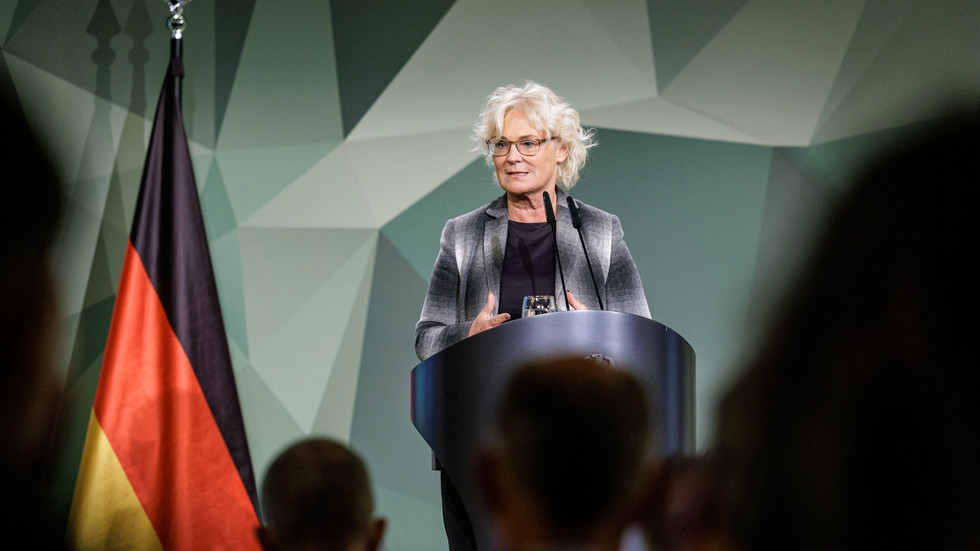 The US-made Patriot systems can’t be given to Ukraine since they are intended to be used on NATO territory, the defense minister said

Germany has rejected Poland’s call to deliver its US-made MIM-104 Patriot surface-to-air missile systems to Ukraine. The refusal came after Polish Defense Minister Mariusz Blaszczak requested that the weapon Berlin had offered to Warsaw be provided to Kiev and deployed in the western part of the country, near the Ukrainian-Polish border.

“These Patriots are part of NATO’s integrated air defense, meaning they are intended to be deployed on NATO territory,” German Defense Minister Christine Lambrecht said on Thursday.

“Any use outside NATO territory would require prior discussions with NATO and the allies,” she stated.

Germany offered to enhance Poland’s defenses after a missile fell in the eastern part of the country last week, killing two people. Ukrainian officials and some Western media reports initially claimed that it was fired by Russia. However, Polish President Andrzej Duda later said it was likely launched by Ukraine’s air defense forces and had veered off course while trying to repel a Russian attack.

Jaroslaw Kaczynski, the leader of Poland’s ruling conservative Law and Justice party and former prime minister, told the news agency PAP on Wednesday that it would be best for Poland’s security if “Germany handed over the [Patriot] equipment to Ukrainians, trained Ukrainian crews with a provision that the batteries would be stationed in western Ukraine.” His comments came while he was campaigning for next year’s parliamentary election.

The Russian Defense Ministry claimed on Thursday that the recent civilian casualties in Kiev were caused by the work of Ukrainian air defense weapons, including those supplied by the West. The New York Times, meanwhile, recently reported that back in September a US-made HARM anti-radar missile fired by a Ukrainian jet had likely gone off course and hit a residential building in the Ukrainian-held city of Kramatorsk, injuring three people.