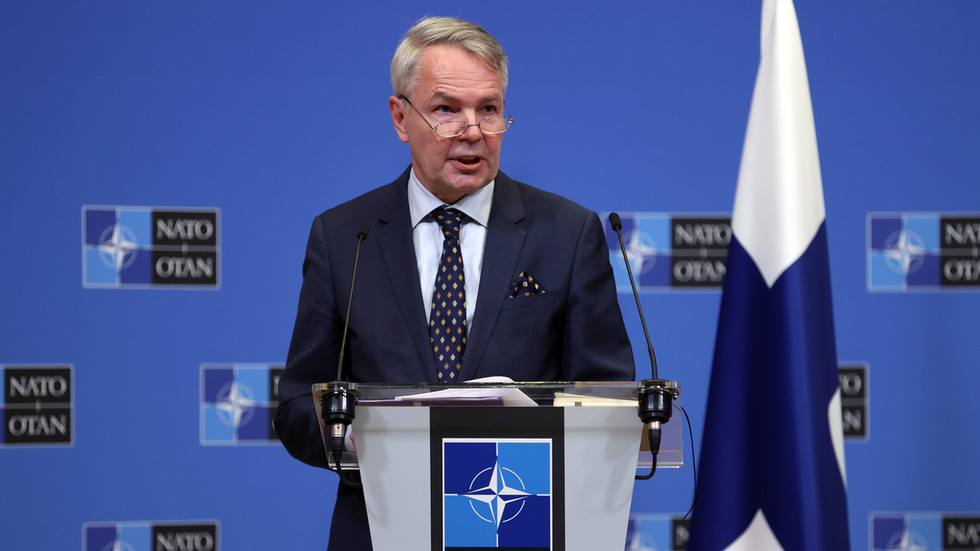 Finnish Foreign Minister Pekka Haavisto has backpedaled on his previous remark in which he suggested Helsinki could move forward with its NATO application alone if Türkiye keeps blocking neighboring Sweden’s bid. Clarifying his position on Tuesday, the diplomat insisted that Helsinki’s goal of becoming part of the military bloc together with Stokholm remains unchanged.

Speaking at a press conference in the Finnish parliament on Tuesday, Haavisto said Helsinki “does not have a plan B,” as “at the moment there is no need for that.” The minister emphasized that both Finland and Sweden “meet NATO’s criteria and it would seem that both should join” the US-led military bloc.

Speaking to Finland’s Yle broadcaster on Monday, however, Haavisto had suggested that while the two nations’ joint ascension remained the “number one option,” Helsinki must “be prepared to reevaluate the situation” in case something prevented Sweden’s bid from being accepted.

The comment was taken by some to indicate a change in Finland’s position.

While Türkiye has long accused Sweden of harboring terrorists, the Scandinavian country’s chances of reaching a compromise with Ankara appear even slimmer following a Quran-burning protest staged by right-wing politician and activist Rasmus Paludan in front of the Turkish embassy in Stockholm on Saturday. The incident led Turkish President Recep Tayyip Erdogan to warn that Sweden “should not expect support” for its NATO bid from Ankara.

Haavisto also said he had held talks with his Swedish counterpart, Tobias Billstrom, and NATO Secretary General Jens Stoltenberg. According to the Finnish foreign minister, the bloc’s chief confirmed that NATO itself would also want the two Nordic countries to join simultaneously.

“We are trying to progress this together,” the diplomat concluded.

Both nations applied to join NATO in May last year in the wake of Russia’s military offensive against Ukraine.

Türkiye, however, has blocked their bids, demanding that Sweden and Finland first lift arms embargoes they had previously imposed on Ankara. Moreover, President Erdogan insisted that the two Nordic countries had to stop harboring members of organizations considered terrorist in Türkiye, particularly Kurdish ones.

While Helsinki and Stockholm pledged to address the concerns, Ankara is still not fully satisfied with the progress. Tensions were further compounded following the protest outside the Turkish diplomatic mission in the Swedish capital on Saturday.

While Swedish officials condemned the stunt, they insisted that they had no option but to allow it in accordance with the country’s freedom of expression principle.