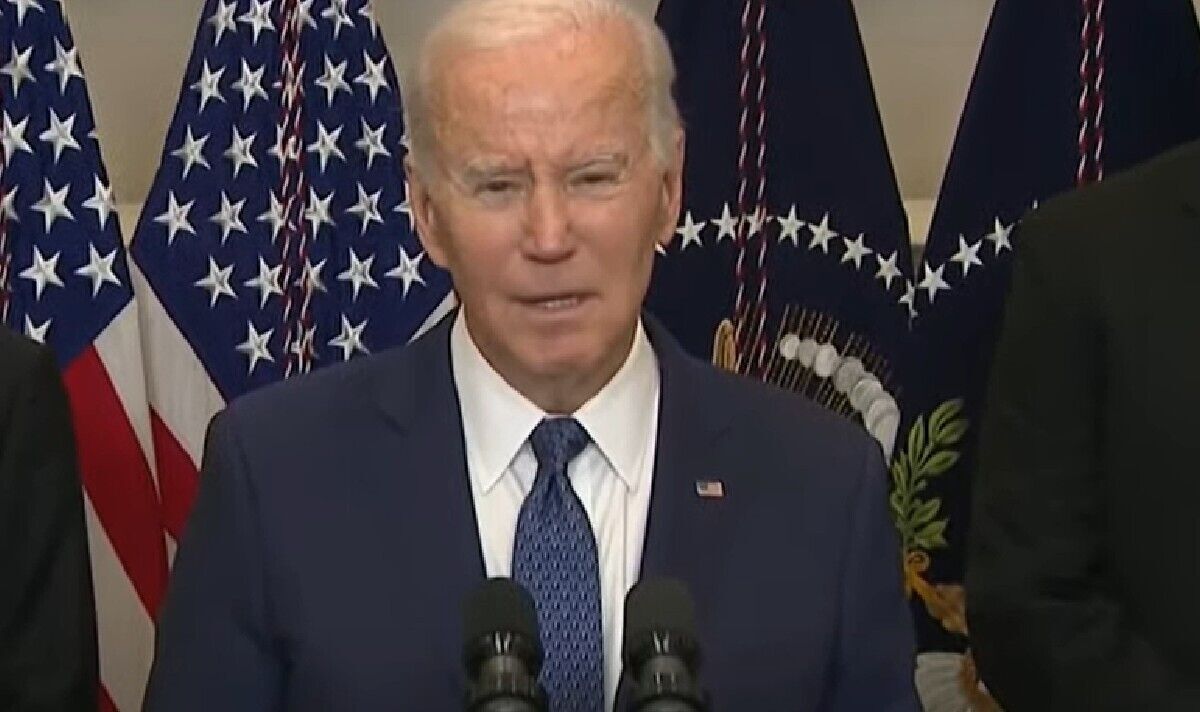 “The United States and Europe are fully united. This morning, I had a long conversation with our NATO allies. German Chancellor Scholz, President Macron, Prime Minister Sa-nook and Italian Prime Minister Meloni to continue our close coordination and our support of Ukraine,” Biden said, pronouncing the PM’s name wrong.

This isn’t the first time the President has struggled to name the leader of the United States’ closest ally.

The President also lauded Germany’s decision to send Leopard tanks and to allow the reexport of those tanks from other countries who hold them, including Poland and Finland. He said Europe would provide two tank battalions of Leopard 2 tanks.

“Today I’m announcing that the United States will be sending 31 Abrams tanks to Ukraine, the equivalent of one Ukrainian battalion,” Biden said.

“Defence Secretary Austin has recommended this step because it will enhance Ukraine’s capacity to defend its territory and achieve strategic objectives.

“The Abrams tanks are the most capable tanks in the world and they’re also extremely complex to operate and maintain.

“So we’re also giving Ukraine the parts and equipment necessary to effectively sustain these tanks on the battlefield.”

The announcement is sure to be welcome news for Ukraine’s President Volodymyr Zelensky, who is celebrating his 45th birthday today.

It’s also a blow to Vladimir Putin whose forces have stalled on the battlefield despite using prisoners and the shadowy mercenary group Wagner to launch bloody human wave attacks in the east of the country.

However, many analysts, and indeed Kyiv, believe that Russia is preparing for a massive spring offensive.

The tanks the West is now providing Ukraine could help Kyiv push back against Russian troops even further and would likely be used to launch its own offensive.